Never get stuck writing a caption again! Caption Pro is the most powerful app, offering thousands of unique, witty, and original captions, song lyrics, and puns for Instagram. Browse through hundreds of rich categories for the perfect caption or even discover relevant captions at your location! These aren't just your boring old cliché Instagram captions - our relevance engine identifies the best trending captions from around the world, making them readily available for you. What's New: - Browse thousands of popular song lyrics and hilarious puns. - Enable your location to discover relevant captions around you. It's perfect if you're at a concert, sports event or your favorite restaurant and quickly need the perfect caption for your post. - Bookmark and collect your favorite captions to use in future posts. - Submit your own caption for everyone to enjoy! Features: - Search by popular tags and categories such as bae, fitness, travel. - Popular captions give you timely and funny current event based captions. - Upvote and downvote your favorite captions. - Easily copy captions so you can post them on IG, Snap or Facebook. "This app gave me the best caption - all my friends were asking me how I thought of it" - Macy "This app full of great caption ideas. Namaslay all day" - Vienna "This apps a zillion caption ideas that really help me manage my various Instagram pages" - Jack (98k followers) ========================================= You can now subscribe for unlimited access to our captions! Try the service out with a no obligation 3 day free trial! Also, choose either monthly, quarterly or yearly subscriptions for prices that range from $3.75 - $1.15 per week. (Note, prices subject to change without notice. Please check the app or iTunes subscriptions for up to date pricing.) You'll be able to see and copy unlimited captions for the duration of your subscription. Payment will be charged to your iTunes Account at confirmation of purchase. Subscription automatically renews unless auto-renew is turned off for at least 24-hours before the end of the current period. Account will be charged for renewal within 24-hours prior to the end of the current period at the cost of the chosen package. Subscriptions may be managed by the user and auto-renewal may be turned off by going to the user's Account Settings after purchase. No cancellation of the current subscription is allowed during active subscription period. Any unused portion of the free trial period, if offered, will be forfeited when the user purchases a subscription to that publication. Terms of service at www.getcaptionpro.com/terms/ 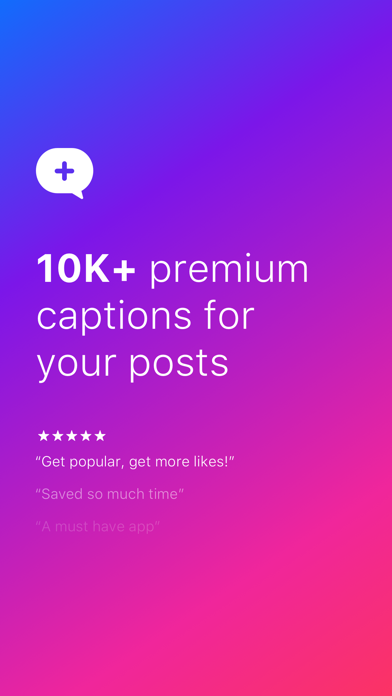 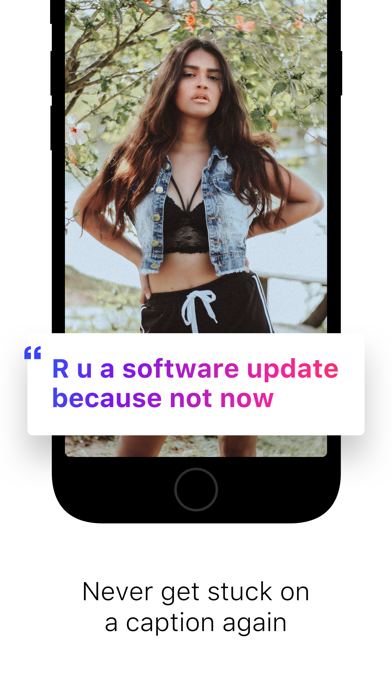 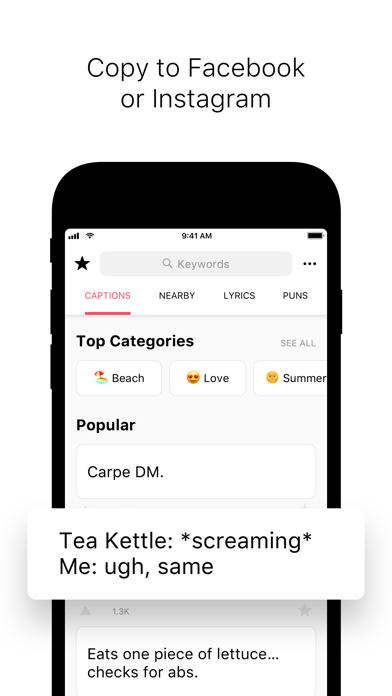 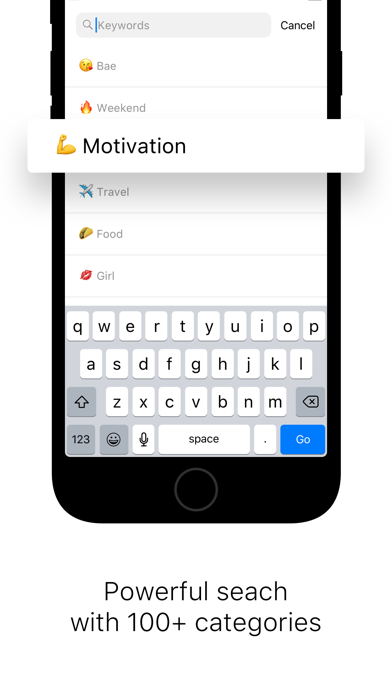 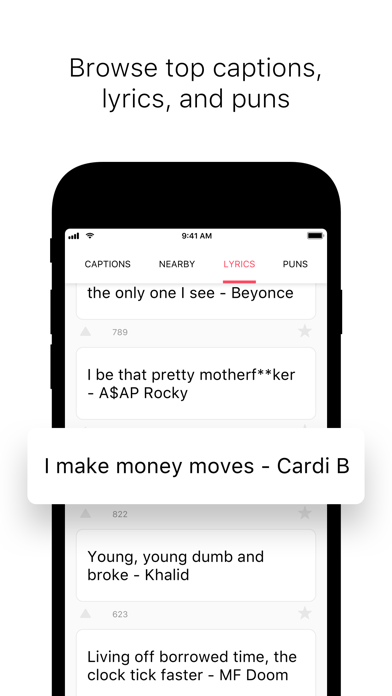