Build your own hotel empire and become a tourism tycoon! Are you ready to become rich by managing your hotel chain? Start running a small hotel and work hard to make your business grow. Improve every detail and turn your modest installations into a five-star resort. Enlarge your hotel rooms, add luxury furniture and beautiful decoration, enhance all the amenities and comforts and make your guests happy offering the best leisure activities. Run all possible types of hotels and spend your revenue strategically to make your empire bigger. Set up the perfect hotel staff and manage more and more efficient services. Be the perfect host to your clients and customize your facilities, offer delicious meals and drinks, expand the swimming pool, keep the rooms clean and build competitive suites. Take advantage of your idle activity and reinvest your earnings with a business vision. Be in charge of the human resource department and manage your staff efficiently: hire lifeguards for your swimming pool, provide drivers or masseurs for your VIP clients, employ porters, cooks or bartenders and recruit maintenance workers and cleaning service. Choose carefully your business decisions and form a solid work team in your hotel empire to refine your growth strategy. Take the lead in free time activities to entertain your guests. Organize scuba diving courses, ski lessons, spa sessions and sightseeing tours around the premises. Don’t forget to enhance the comfortability inside your hotel walls. Give the best possible room service, decorate your hall properly, improve the resting area, offer the best catering and buffet in town, or tender your laundry service to your visitors during the cleaning time. Start in a small hotel and grow your business opening an alpine hotel, a luxurious bed & breakfast, an exotic lodge, or an apartment complex. Enjoy all kinds of accommodations and furnish them with every detail from the reception desk until the bedrooms and suites. Your guests would want to stay forever! Provide them single, double, triple or even King and Queen rooms. If you like management and idle games, you will enjoy Hotel Empire Tycoon! A casual easy-to-play game where strategic decisions have to be taken to grow a hotel business with profitable results. Improve your hotel empire starting from a small and modest place and unlock visible progress in your premises. Transform your small business into the best accommodation in the world and become attractive to VIP guests! 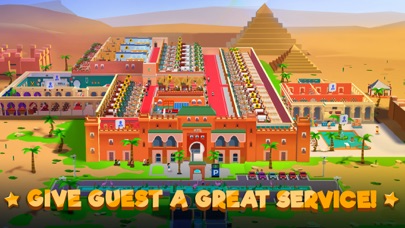 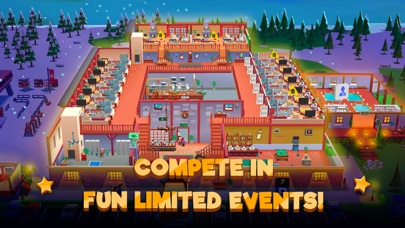 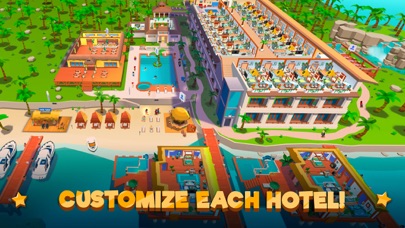 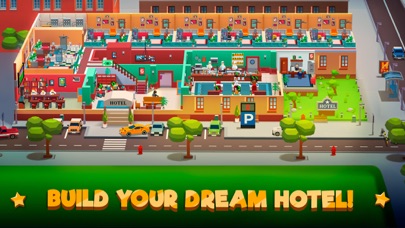 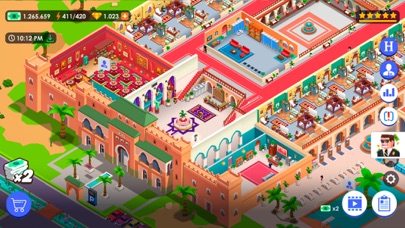 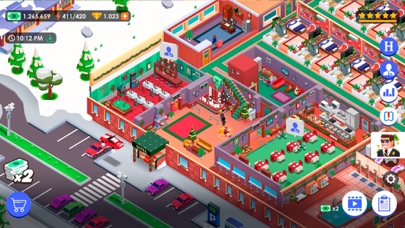