Slide puzzle tiles to put the numbers in order. Enjoy the magic of numbers turning into beautiful pictures! Select difficulty to train your brain or just to have fun. Keep your mind active with the classic number game! Features: • Easy to play classic puzzle • 3 levels of difficulty: puzzles with 8, 15, and 24 tiles • Multiple unique pictures to reveal • Hints to uncover the hidden picture faster. How to play: A sliding puzzle looks like a grid of numbered block tiles in a random order with one tile missing. The goal is to put all the puzzle tiles in order by using the empty space and sliding the blocks around. When a tile is in the right place, it is replaced by an image fragment. Don’t forget that every difficulty level has a move limit! Can you solve it? Play Slide Puzzle and test yourself! 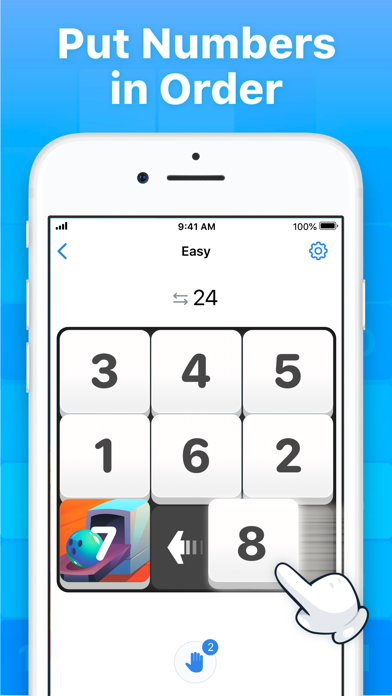 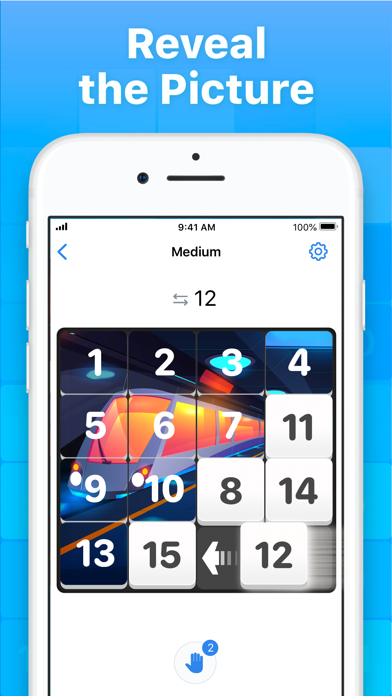 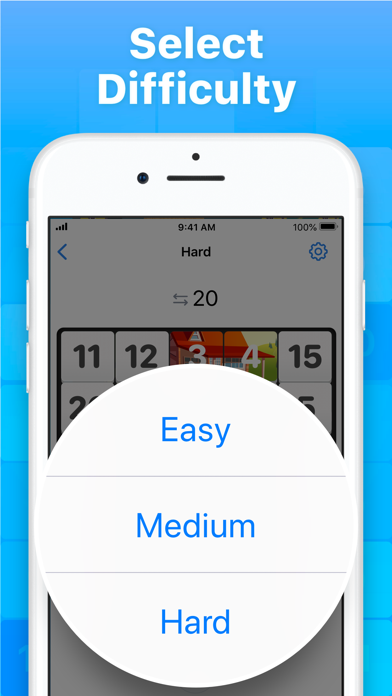 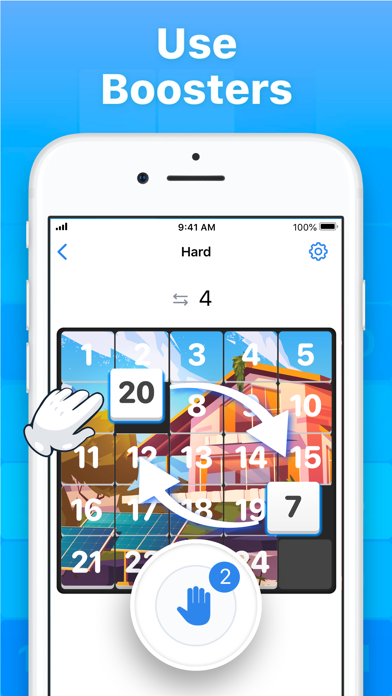 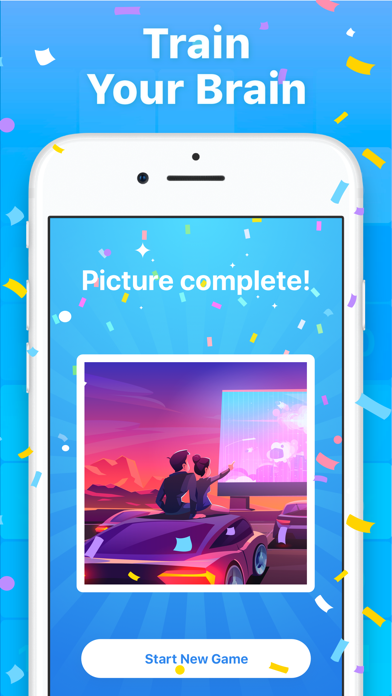