Braindom: Brain Games Test allows you to know how genius you are and improve your brain skills. it's a great brain test to decide who's the smartest among your friends. Braindom: Brain Games Test has many trivia questions to boost your brainpower. The perfect combination of knowledge and creativity, exercise your mind with the triple test of EQ, IQ, and dumbfounded challenge. Get ready for some first class trivia royale trivia mind blowing trivia and challenging brain tests ! Please mind you will be tricked in every question, don’t think in an usual way. Braindom App requires you to use your mind in a logical way only. It’s an addictive and fascinating game with a series of tricky brain teasers. Different riddles testing will challenge your mind. This new puzzle game may break common sense and bring you a unique brain-pushing experience! Ready for brain out? Each of the brain teasers in this game is unique, original, and creative, designed to push your thinking limit. You can enjoy this addictive and funny free IQ game it by yourself or with your friends. What a great brain test! It’s designed with multiple brain teasers, tricky puzzles, mind games, quizzes, riddles and an impressive brain test to enable your brain to discover new ways of smart thinking. Braindom: Brain Games Test sheds light on your IQ. It assesses your ability to think logically, react quickly, accurately, improves your memory and creativity. If you don’t want to be a fool, then don’t answer the questions in the usual way. Take the tricky brain test! Breaking conventional thinking to solve problems is the most exciting part of this game. We bring you different game experiences, creative thinking, and unexpected solutions. Challenge your mind. Get ready to take the tests! Ready to brain out! Take the brainstorming challenge. Let your imagination run wild now! Features: • Different brain teasers! • Increase your creative thinking! • Imaginative gameplay! • Think outside the box! • Find the differences in the boxes • Attention, use matchsticks carefully! • Apply real-life logic to beat the challenges. • Try different mechanics, think bigger! • Test your savvy, imagination, and logic skills. • Focus on the details and boost your brainpower! • Use hints if you need a clue. • Find solutions to the riddles! • Tricky & Mind-blowing Brain Teasers: You will be tricked! • Great exercise for the brain. • Simple and highly addictive gameplay. • Fun for All Ages • Great time killer • Brain test including word games, color tricks and trivia Braindom: Brain Games Test App will surprise you by the unusual logic to solve each quiz and brain test, and if you are smart and detail-oriented you will spend a funny and easy time passing from each level to the next. It's a brain test game designed in a simple yet brain-pushing way, it’s free and includes surprising features Braindom: Brain Games Test App has a premium feature package, and that is a subscription-based service, which enables users to use the app without advertisements and with extra features. That is an auto-renewable subscription. The subscription period is weekly. Payment is charged to the App Store account at confirmation. Subscription is renewed unless turned off 24 hours before the end of the period, and the account will be automatically charged for renewal as well. You may turn it off in your Account Settings anytime. Any unused portion of a free trial period, if offered, will be forfeited when the user purchases a subscription to that publication where applicable. Terms of Use: https://thematchinghampalace.com/terms-conditions/Privacy Policy: https://thematchinghampalace.com/privacy-policy/ 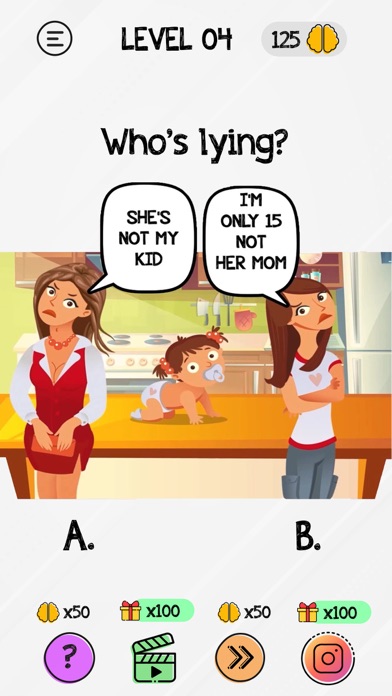 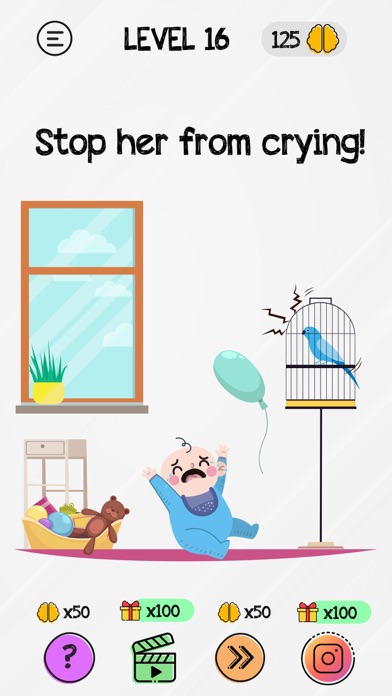 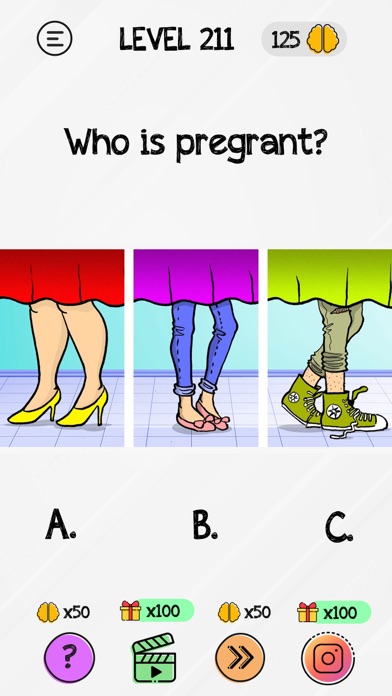 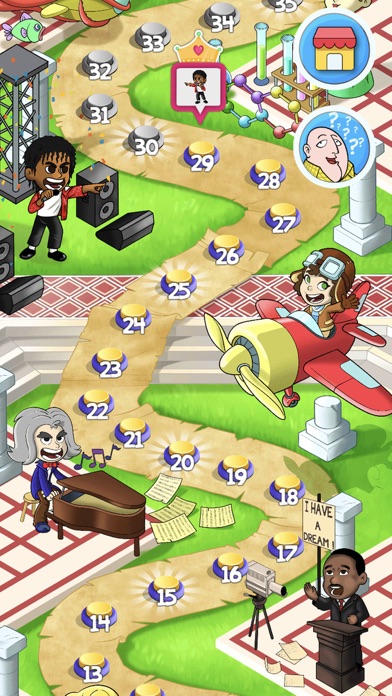 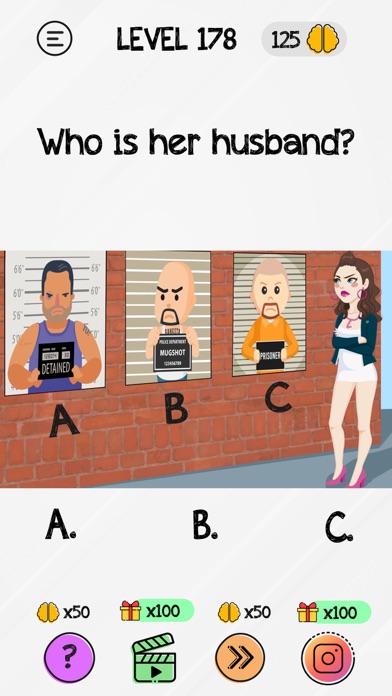 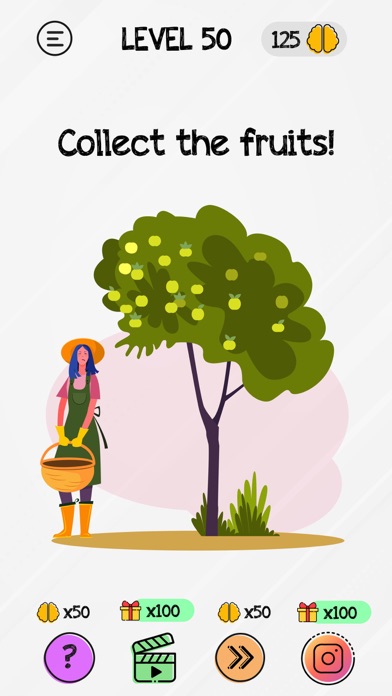 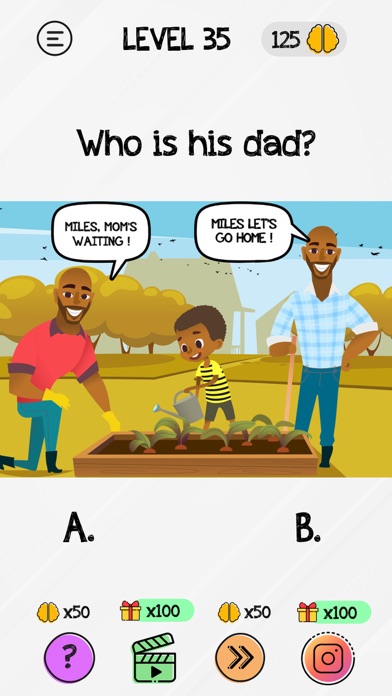 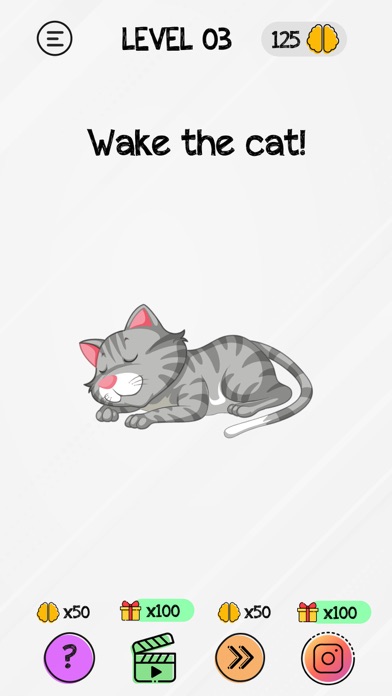 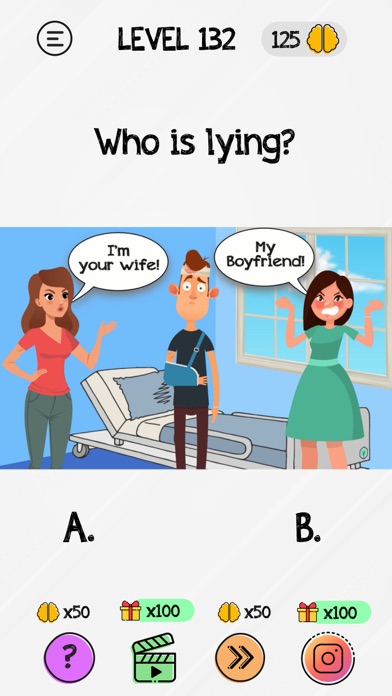