► BUILDING BLOCKS OF FUN Assemble a wide variety of brick buildings and scenes in this classic constructor game. Start as a baby builder and level your way up to increasingly complex construction sets. This relaxing and satisfying game is sure to bring you back to the imagination and fun of your childhood! Flex your creativity and exercise your brain with enjoyable construction puzzles. Writer’s block or mental block? Bust through it like a ton of bricks with this BLOCKbuster building game! ► BUILD YOUR WORLD BRICK BY BRICK Follow the simple on-screen guide to create your own brick masterpieces in the form of detailed 3D models! Find the right piece and simply tap to add it to your build. The colorful pieces and lively scenes make this building game a hoot for builders of all ages! In Construction Set, you never have to worry about losing a piece or prying bricks apart and hurting your fingers, because it’s all virtual! Get hands-on fun without the clutter or accidentally stepping on toys. Ouch! ► GAME FEATURES: • Dozens of sets and over 200 different interlocking parts. From human figures to intricate vehicles, this constructor game has it all! • With entertaining construction sets like the Statue of Liberty, a battlefield, a medieval castle, ancient Rome, and the inside of a spaceship, you’ll never get bored! Build a pizza delivery boy holding up the Tower of Pisa and dive into trending and topical sets like an election debate scene. • The clear instructions and 3D models ensure you never get stuck. Just find the part you need and plug it into place! • Thanks to the easy-to-use interface, anyone can be an architect! Plus, this game’s stunning graphics and smooth animations bring the building experience to life. • This satisfying game recreates the joy of assembling real-life construction sets, from cutting open the box and ripping open the bags to putting together the blocks and arranging the finished scenes. The optional vibration setting even replicates the “click” of real blocks snapping together! Why snap when you can just tap? • Complete a set to unlock special gold packages so you can add new elements with more difficult builds. You never know what you’re going to find inside! Whether you’re looking for a workout for your mind or yearning for a sense of nostalgia and childish wonder, block off some time to relax and then hit the bricks with this building game! Download Construction Set now and start building! 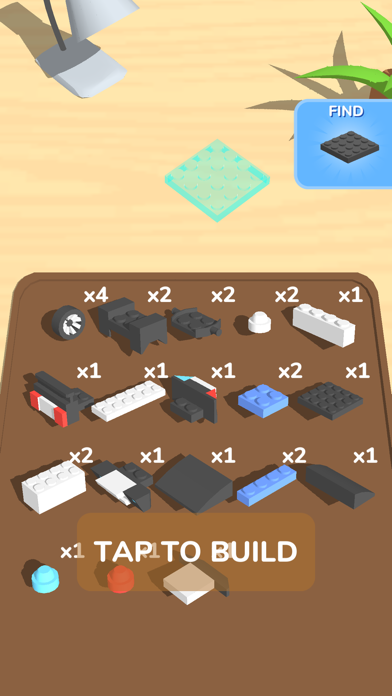 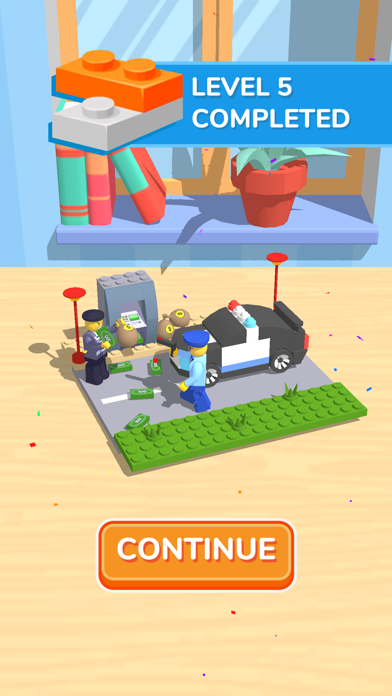 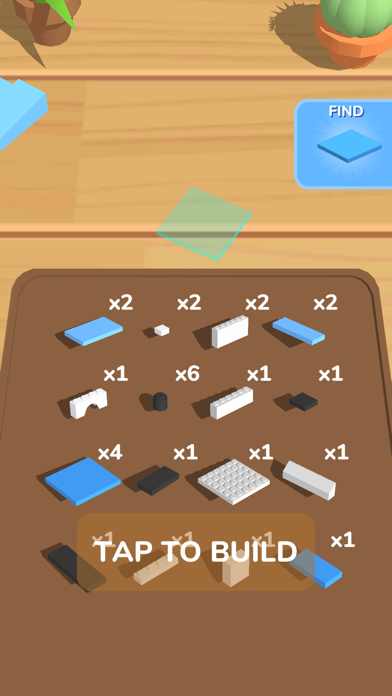 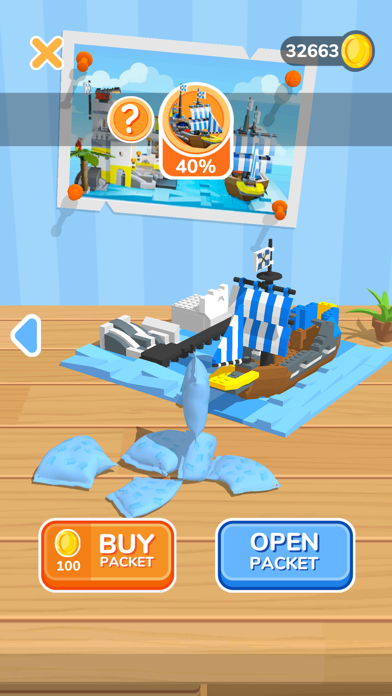 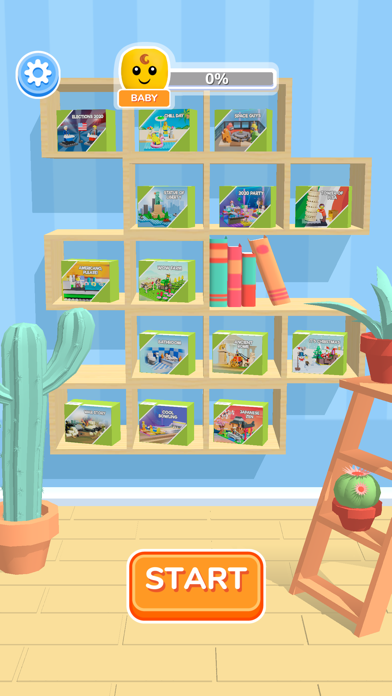