Slice fruit, don’t slice bombs – that’s all you need to know to get started with the addictive Fruit Ninja action! No matter how you like to play, the free version of the game is packed with features to satisfy your fruit-destroying appetite. Challenge yourself and see how long you can last in Classic mode, set a high score in Arcade mode or simply practise your fruit-slicing skills in Zen mode. A wide range of blades and dojos are at your disposal to help you cut your way to the top. Want more fun? Take a break and experience a new way to slice your favourite fruit with minigames, or test your mastery of the game and win prizes in the daily Challenge event. Go head-to-head and show off your skills as the ultimate ninja against your friends with leaderboards and local multiplayer. Up for a real challenge? Play Event mode and do battle against other ninjas for the chance to win unique blades and dojos. That’s not all though - give yourself the edge by logging in every day and be rewarded with daily prizes, including rare blades and dojos that you can use in other game modes! There has never been a better time to play Fruit Ninja, so unsheathe your sword and get ready for an addictive, action-packed gaming experience! IMPORTANT NOTICE This game contains optional in-app purchases. You can disable this feature in the settings menu of your device. View our privacy policy at http://halfbrick.com/pp View our terms of service at http://halfbrick.com/tos Need help with the game? Email us at [email protected] 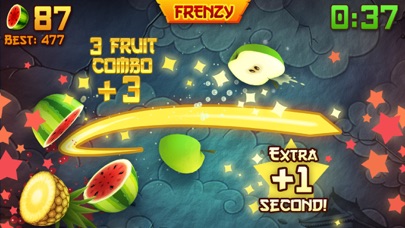 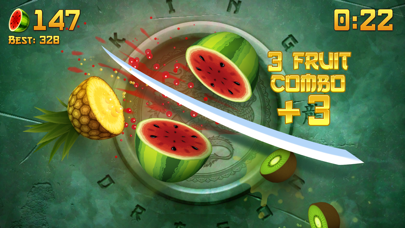 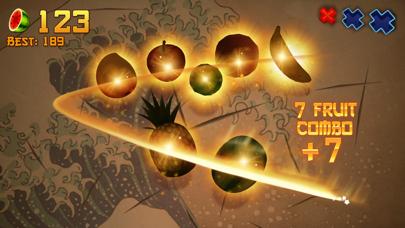