Snapchat is the most fun way to share the moment! SNAP •Snapchat opens right to the camera, so you can send a Snap in seconds! Just take a photo or video, add a caption, and send it to your best friends and family. Express yourself with Filters, Lenses, Bitmojis, and all kinds of fun effects. • Capturing and sending photos and videos is easy! Tap to take a photo, or press and hold for video. • New selfie Lenses and Filters are added every day. Change the way you look, dance with your 3D Bitmoji, and even play games with your face! • Create your own Filters to add to photos and videos — or try out Lenses made by our community! CHAT • Stay in touch with friends and groups with live messaging and Group Stories. • Video Chat with up to 16 friends at once. You can even use Filters and Lenses! • Express yourself with Friendmojis — exclusive Bitmojis made just for you and a friend. DISCOVER • Follow friends and watch their Stories to see their day unfold. • Keep up to date with exclusive Stories from top publishers and creators. • Watch breaking news, original Shows, and community Stories — made just for your phone. SNAP MAP • See where your friends are hanging out, if they’ve shared their location with you. • Share your location with your best friends, or go off the grid with Ghost Mode. • Watch live Stories from the community nearby, or across the world! MEMORIES • Look back on Snaps you’ve saved with free cloud storage. • Edit and send old moments to friends, or save them to your Camera Roll. • Create Stories from your favorite memories to share with friends and family. FRIENDSHIP PROFILE • Every friendship has its own special profile to see the moments you’ve saved together. • Discover new things you have in common with Charms. See how long you’ve been friends, your astrological compatibility, and more! • Friendship Profiles are just between you and a friend, so you can bond over what makes your friendship special. Happy Snapping! • • • Please note: Snapchatters can always capture or save your messages by taking a screenshot, using a camera, or otherwise. Be mindful of what you Snap! 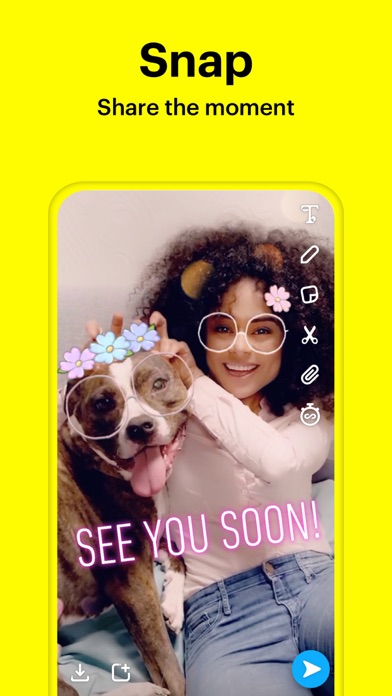 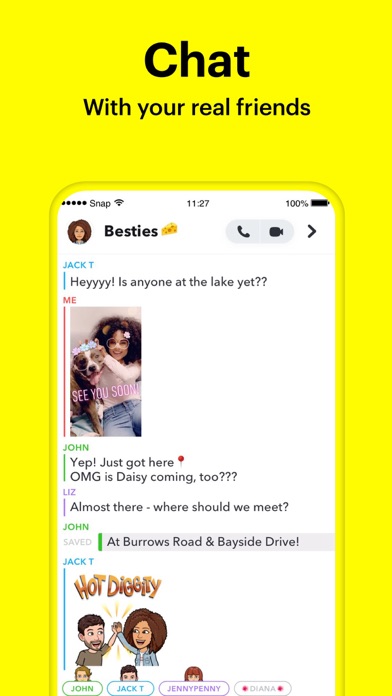 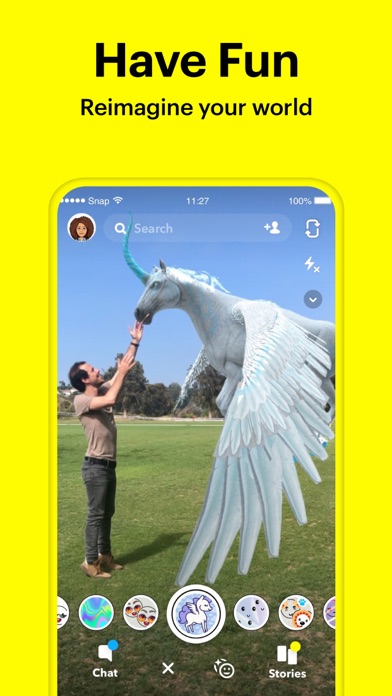 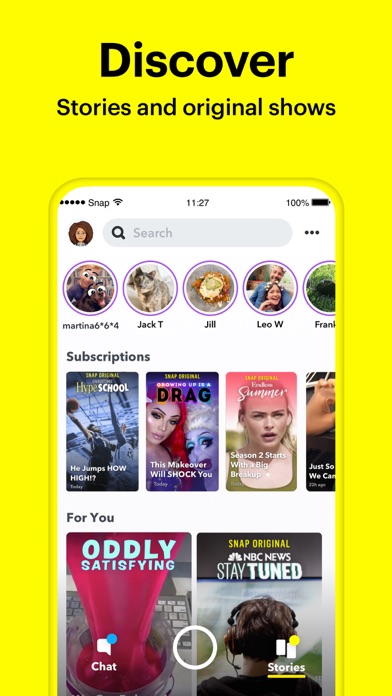 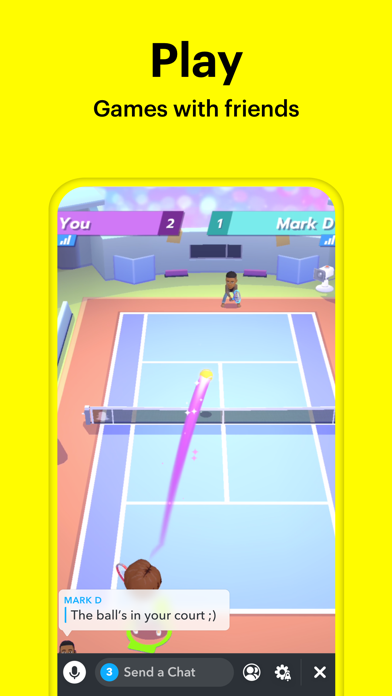 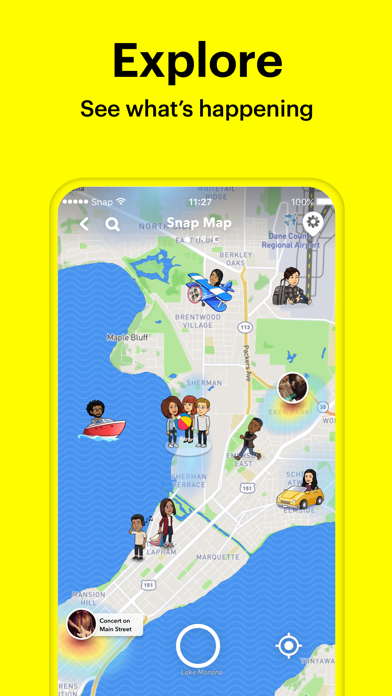